The National Trust established H.H. Shri Mataji Nirmala Devi Museum at Pratishthan, Pune on19 July 2015 in the memory our Glorious, Divine and most Beloved Mother.This is the first museum of its kind in the world because it extols the Glory of Adi Shakti, the Primordial Mother, who incarnated on earth on 21 March 1923 as Shri Mataji Nirmala Devi and was the founder of Sahaja Yoga system of Meditation practiced all over the world today. 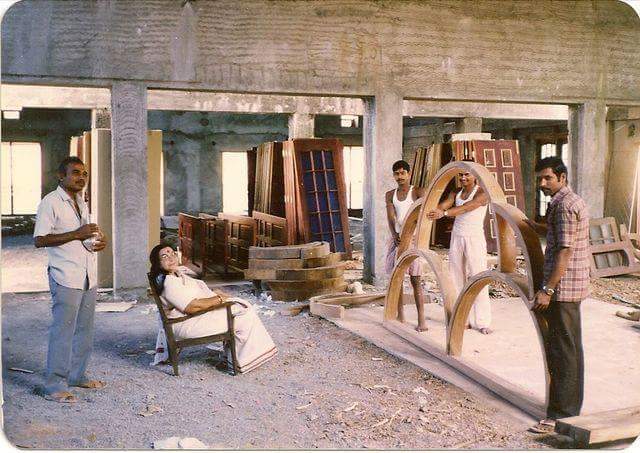 The construction of Pratishthan commenced on 08 January 1986. Shri Mataji personally designed Pratishthan to demonstrate how vibrations penetrate matter and create the coefficient of vibrations. Thus She created every floor as a chakra, every room a petal of that chakra, and Her bed room the abode of the Primordial Kundalini, guarded by the Swayambhu of Shri Ganesha that was miraculously unearthed in the Conference Hall (Meditation Hall). Each and every room was vibrated by Her presence. If you witness with the eyes of your Kundalini you will enjoy the creation of the cosmos in every room. Shri Mataji used to say “Mix a little colour to soften the harsh tones, and break the rigid lines for the Kundalini to spiral.” Thus we could make our world a beautiful reflection of Pratishthan.

She built a grand staircase for the Kundalini to spiral up the Sushumna channel to the Sahastrar. Another staircase to its left formed the Ida channel that serviced the Annapurna chakra in the Nabhi, and the one to its right, the Pingla channel emanated from the right Swadisthan, the centre of creativity and music. 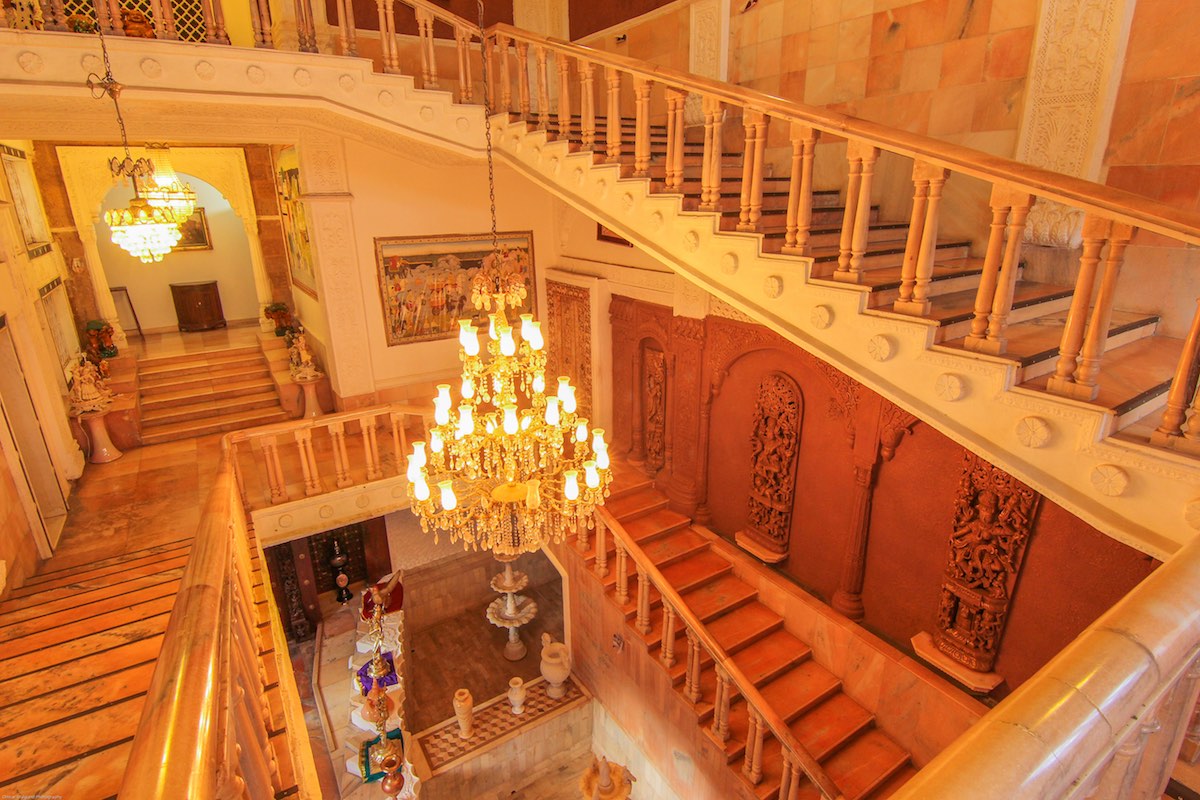 All the material used was to enhance the vibrations . Whereas material that was bereft of vibrations like plastics, synthetics, and aluminium were taboo. Marble absorbs the vibrations most, and She specially chose pink marble to embrace Her Sahaji children with the glow of Her love. The engineers suggested an imposing facade but She did not want her Sahaji children to feel distant from Her by its awe, and hence She said that Her children who were coming to their Mother’s house, should feel the warmth of Her love. On a visit to Rajasthan She was drawn by the vibrations of the humble Rajasthani stone craftsmen, and bought a Haveli. She then reassembled the lattices to create a homely, Motherly facade. Not just that, She placed her first born son Shri Ganesha on the threshold to escort the new born babies to the Lotus Feet of their Mother.

Since the land was at different levels, the engineers suggested reducing the plinth to zero level. But Her divine vision transformed the disadvantage to an advantage and incorporated a split level instead. From time to time She stayed in every room.

Since the land was at different levels, the engineers suggested reducing the plinth to zero level. But Her divine vision transformed the disadvantage to an advantage and incorporated a split level instead. From time to time She stayed in every room. Even before the house was ready She moved into a make shift room above the garage to supervise the construction. Six months later, Her husband, Sir C.P. Srivastava retired as Secretary General of International Maritime organisation and they temporarily shifted to a suite of rooms on the first floor. Six months later they shifted to the top floor. When the ground floor was finally completed, She moved into the Peacock Room (The current bedroom).

Shri Mataji’s Leela is full of surprises, and to unfold Her Divine Leela, the museum has been divided in three stages. The ground floor was used as Her personal residence. The corner room was Her bedroom which She named the Peacock Room. It opens into a spacious living room, dining area, study and reception room of Shri Mataji.

The first floor in Phase 2 will display Shri Mataji’s life in photographs from different countries and gifts of Sahaja Yogis from all over the world. At the beginning of Sahaja Yoga in 1970, Shri Mataji instructed the yogis not to give Her gifts. But how else could they express their love? As the loving Mother yielded to the devotion of Her children and She added this special floor to treasure their heartfelt sentiment. However small a gift was, it had a large place in Her heart, and She preserved each token in beautifully carved chests for posterity to cherish how much She loved her children. The master display gallery of the museum is the music hall. It displays puja artefacts and items used by Her.

At the ground floor lies a beautifully manicured Garden of Eden, and adjacent to it stands the Nirmal Dhara Fountain.

At the ground floor lies a beautifully manicured Garden of Eden, and adjacent to it stands the Nirmal Dhara Fountain.

Adjacent to Shri Mataji’s bedroom is the gallery of pictorial display depicting her journey from childhood to Maha Samadhi in which She emancipated humanity through Her unique discovery of Sahaja Yoga. As you look carefully through the eyes of your Kundalini you will discover many sweet insights to carry home for your ascent in your onward journey in Sahaja Yoga!